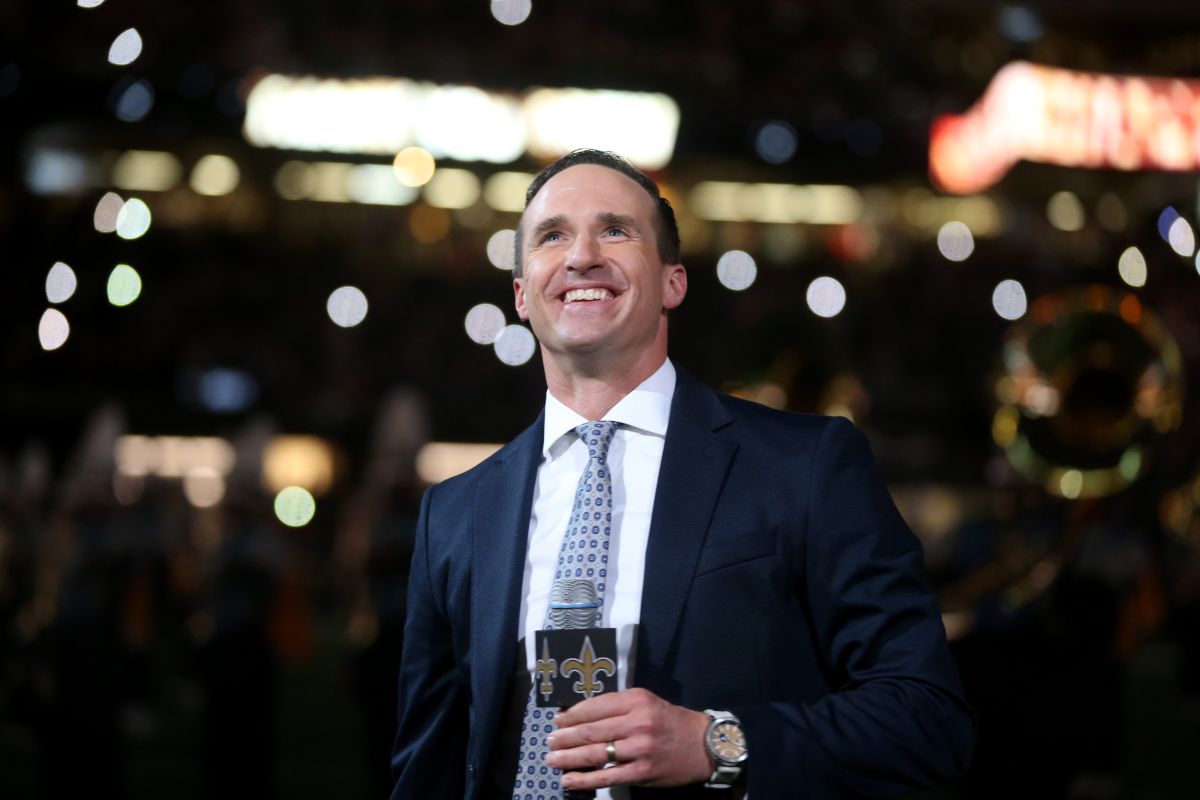 The NFL has not been the identical with out former Saints quarterback Drew Brees in a black-and-gold uniform. Following Brees’s retirement from the NFL in March, he joined the NBC Sports’ broadcasting crew.

With Brees calling the Saints-Bills sport on Thanksgiving night time, the NBC broadcast group selected to honor him on the sector at halftime. However, throughout his recognition, a well-known face—Buccaneers quarterback Tom Brady—had a humorous message for the longtime New Orleans quarterback on the large display inside Caesars Superdome.

Brees, who played 20 NFL seasons while spending 15 in New Orleans, retired as the NFL’s all-time leading passer with 80,358 yards before Brady conquered his record. Brees threw for 571 career touchdowns (second best in NFL history behind Brady) in 287 games.

On the field, Brees thanked Mrs. Gayle Benson—the owner of the Saints and the wife to the late longtime owner Tom Benson—as well as the Saints’ organization and fanbase.

Brees got here to New Orleans after town suffered catastrophic devastation from Hurricane Katrina in August 2005. In his first season with New Orleans, the Saints completed 10–6 and earned a spot within the franchise first NFC Conference championship sport.

As he was honored, Brees additionally recalled the second when he and followers created the “WhoDat” chant in 2010. When the longer term Hall of Famer requested the followers contained in the dome to scream the mantra another time, they delivered.

“Let’s make em hear it, the greatest fans of the world … let’s blow the top of this dome and make the world feel it and hear it. Who Dat, Who Dat, Who dat say that gone be Dem Saints.”